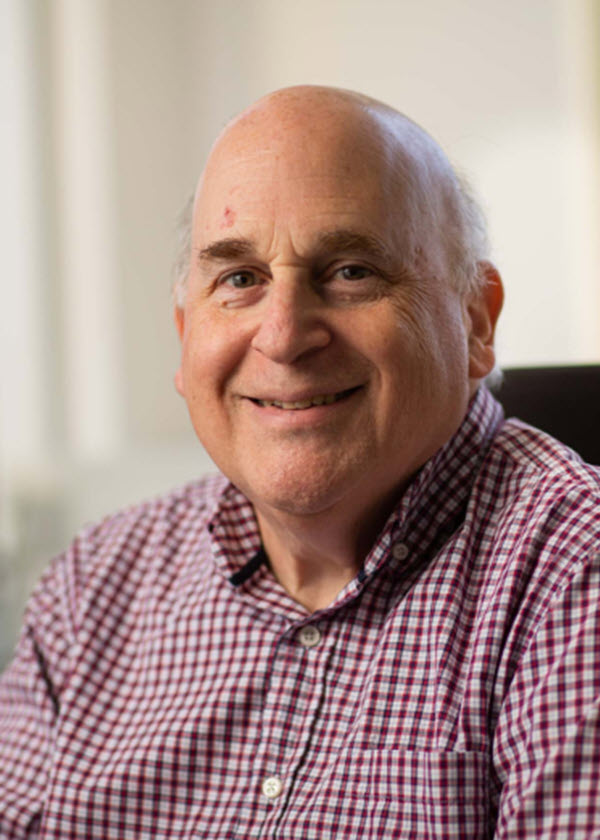 Dr. Aisen has been a leading figure in Alzheimer’s disease (AD) research for three decades, having developed novel methodologies and directed many large therapeutic trials. He has played a major role in our understanding of the continuum of AD, from the long pre-symptomatic phase through eventual cognitive and functional decline. Aisen and his research team rigorously study new compounds which may prevent the progression of AD-related brain damage and eventually offer prevention strategies for asymptomatic people. USC is proud to have him at Keck School of Medicine of USC as founding director of the Alzheimer’s Therapeutic Research Institute (USC ATRI). The guiding theme of ATRI is designing better trials for better treatments for Alzheimer’s.

USC ATRI, under Dr. Aisen’s leadership, coordinates and oversees the NIH-funded Alzheimer’s Clinical Trials Consortium (ACTC). The ACTC has 35 member sites across the country with extensive expertise in AD clinical trials.  The mission is to accelerate the development of effective interventions for AD and related disorders by coordinating shared expertise and utilizing centralized resources.

Dr. Aisen and ATRI coordinate Alzheimer’s Disease Neuroimaging Initiative (ADNI), the most important longitudinal observational study in the field.  ADNI is widely regarded to have pioneered real-time sharing of scientific data, an approach that has resulted in over 2800 publications.

A member of the Organizing Committee of the Clinical Trials on Alzheimer’s Disease (CTAD) conference for over 14 years, Dr. Aisen’s leadership ensures that a meeting focused entirely on Alzheimer’s Disease therapeutic trials with key leaders in AD research is held annually. The upcoming conference; “Therapeutic Trials in AD: A New Hope for 2022?” will no doubt continue to serve as the platform for a cutting-edge scientific program where the latest in AD therapeutic trials information is presented.  Aisen also co-chairs the annual E.U./U.S Task Force on AD Trial Methods and is co-Editor-in-Chief of the Journal for the Prevention of Alzheimer’s Disease.

Aisen has been a strong proponent of the amyloid hypothesis of AD and since 2011 has advocated very early intervention with drugs targeting amyloid, designing and launching large international trials at the pre-symptomatic stage of the disease.

He received his B.A. in biochemistry and molecular biology from Harvard and his medical degree from Columbia. He completed his residency at Case Western Reserve University in Cleveland and Mount Sinai Medical Center in New York, and then fellowship training in rheumatology at New York University. After serving as chief medical resident at Mount Sinai, Dr. Aisen began a solo practice in internal medicine and rheumatology in New York. He rejoined the faculty of Mount Sinai in 1994 when he was recruited by Dr. Ken Davis to provide geriatric medical care to patients receiving treatment for memory impairment, and he soon found his lifetime calling. Dr. Aisen was recruited to Georgetown University in 1999 as a professor of neurology and medicine. That year, he founded the Memory Disorders Program, a clinical and research program for AD and related disorders. He continued basic research studies on therapeutic targets and biomarkers and designed and directed multi-center therapeutic trials. He became vice chair of the Department of Neurology at Georgetown in 2004. In 2005, Dr. Leon Thal and NIH leadership asked him to serve as Associate Director of the national Alzheimer’s Disease Cooperative Study (ADCS), while continuing his work at Georgetown. Upon Dr. Thal’s untimely death in 2007, Dr. Aisen was asked to assume leadership the program. From 2007 through 2015, he was professor in the Department of Neurosciences at the University of California, San Diego and Director of the Alzheimer’s Disease Cooperative Study.

Expertscape recognizes Aisen as one of the world’s top-ranked experts in Alzheimer’s disease. He has published over 400 peer-reviewed papers and is named to the Clarivate Highly Cited Researchers list each year.

Contribution of Alzheimer’s biomarkers and risk factors to cognitive impairment and decline across the Alzheimer’s disease continuum Alzheimers Dement. 2021 Oct 14.

The case for low-level BACE1 inhibition for the prevention of Alzheimer disease Nat Rev Neurol. 2021 Sep 21.